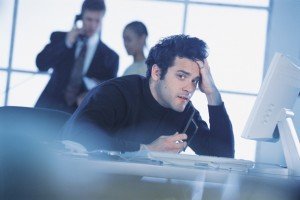 A previous article of mine  “Meaning or Money” drew some interesting and rather fierce criticism. This is great, because I do not write articles with the view that I have the only correct understanding. I write them with an opinion and hope to be challenged if that opinion is not correct or if there are views to add to it. The comments were from the point of view of the individual in the job, and one needs to keep in mind that the article was written as management advice for leading a team. However, these points deserve consideration and comment.

Two of the comments were:

So I have given some thought to these two points and wish to offer some additional comments up for debate.

To point number 1. I would be hard pressed to agree that human beings would prefer to stay in a role that offered no meaning, rather than gravitate towards a position that offered them some meaning and appreciation. Yes, one can derive meaning to their life outside of the workplace. However, keep in mind that we spend almost 70% of our waking hours in this “job”.  To derive meaning only in the remaining 30% seems like a waste. The role you are in at work might not be stimulating, or solving a major world problem, however there are many ways one can improve on the meaning in your daily environment. We need to take control of our own environment and what it means to us, instead of waiting for our managers to create the meaning for us. Examples of this are:

Regarding point number 2. which blames the system for a lack of meaning. I feel that we need to acknowledge that business systems do not exist without the individuals that drive them. Therefore, the only way to affect change within these systems, is to change the individuals themselves. My aim in offering these thoughts is to do exactly that. To get people, especially managers, thinking about how they manage their teams. For them to give consideration to the way they treat their staff, and to realise that putting in the extra effort is a win-win scenario. Your staff will be happier, and as a result, more motivated, which will lead to better company profits. Definitely a win-win scenario. So rather than accepting the system for what it is, give thought as to how you can do your bit to change the way it works.

A research project by Dan Airely examined the difference in work output between three groups of people. All groups had to complete some work on a form and hand it in and then complete additional forms in return for payment. Group 1 wrote their name on the form, and were thanked for the work. Group 2 handed in anonymous forms, and group 3 had their forms shredded in front of them as they handed them in. The results showed that group 2 and 3 displayed significantly less motivation for the work and suffered from decreased work output.

This research emphasizes my points above and  highlights three key aspects to meaning.

These points fall within the control of the manager. However, if you are working for an organization where these are not being addressed then you have the ability to ask for these aspects to change, or change your situation.

The key point is that no one has to accept the status quo in a situation. Whether you are a manager or an employee, we all can do more for others and for ourselves. Don’t wait for others to do it for you. Create your life.