With two days to go to the end of the Soccer World Cup, an anticipation of Post World Cup Depression (PWCD) is taking hold of the general population. For the past month South Africa has been gripped by soccer fever. Daily activities have been re-prioritised. In the best of spirits, factions of supporters have arisen in companies, organsations and families. But the biggest aspect that I am scared of losing and will miss most, is the positivity and focus that the World Cup has given South Africa.

While thinking along these lines, I suddenly thought if South Africa was a company and I was the CEO, I would be seriously concerned about the general morale in the company come Monday morning. In additio 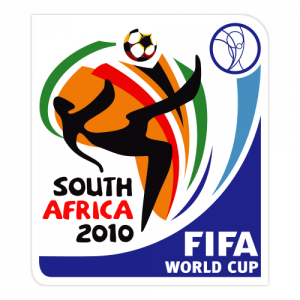 n to this thought was the notion of what have we learned from the World Cup that we could apply to business.

For starters, there is not one person in South Africa that did not feel the “Gees” (vibe/spirit) as the World Cup approached and during the last month. The nation has been focused with a positive energy. This was not only for support of our team (Bafana Bafana) but for ensuring that we excelled as a host nation. Evident by the fact that although the South African team was out in the first stage, the country continued to show their support for the World Cup as a whole.

The lesson here is about focus. It’s about the power of the many when there is a clear goal, a mission, and a vision. It drives home the message of communication to the team, to give clear examples of what we want to achieve and what the outcome looks like. South Africa attained this by media messages. Newspapers, TV, magazines, radio, and Internet sites all communicated what it means to be a host nation, and how we should welcome the people to our country and ensure that the experience is a positive one. Never before have South Africans been so proud to fly our flag, much to the joy of all the Nigerians selling flags at the street corners. Companies should take the example of this and give thought on how to communicate their message is in their own companies. Some ideas are:

I think it is evident that with focus and positivity, anything is possible. If you are a manager or leader in your company, give some thought as to how you can focus your company in the same way. Create your own World Cup attitude. Create the “Gees” in your environment.

Coming back to Monday morning’s problem. I feel it essential that on reaching one goal that we celebrate the success, visit the learnings from the experience, and then refocus the country on the next goal. I guess what this will be remains to be seen. Who knows, Olympics 2020? I will be there blowing my Vuvuzela all the way.

So don’t forget to play your part. Celebrate, support, contribute, be involved, lead. Create your life.